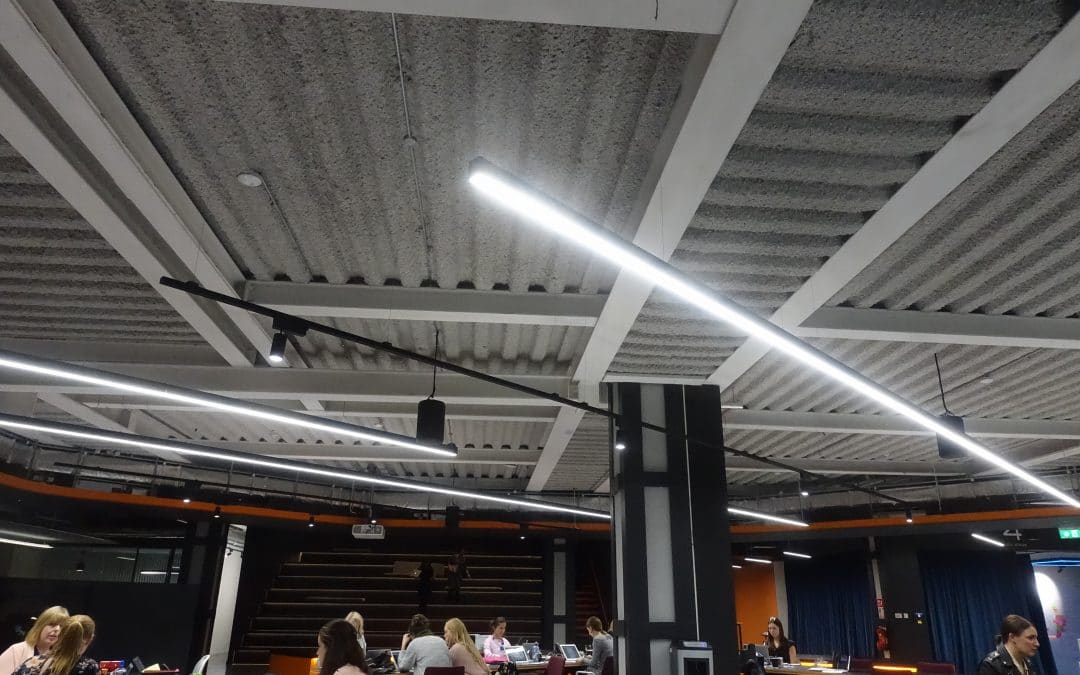 Absolute Acoustics were brought into apply acoustic treatment Sonaspray © K-13 at the flagship office of creative advertising agency Rothco. Optimum install is pre services. However, this project was at the early painting stage, so most services were in, walls and ceilings complete, so basically at the later stages before furniture and final painting was done.

The goals were to take an open office floor space with large amounts of people talking, phones, general office noise and make it non intrusive and quieter. Sonaspray © K-13 in a grey was applied onto a grey concrete soffit. The general interior colour scheme was orange and black so the grey was more of a neutral background to allow the aesthetics to work. 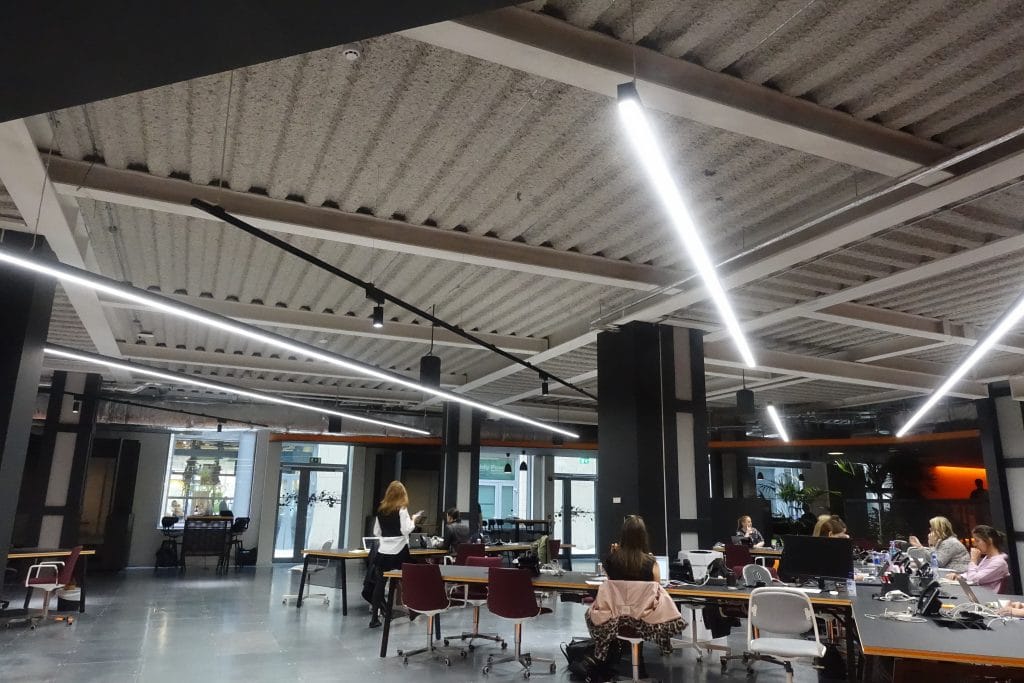 We masked off all walls, floor, any services (cable trays air-con, emergency lighting). After masking, we applied the acoustic treatment on everything as per the thickness required, normally around 20-25mm. We stripped down all the masking and lightly brushed off any excess. All that was left was to clean up any visible edges using a special trowel.

As well well as acoustically treating the main space, we were asked to treat a small studio for video production. We used a soft wall stretch fabric as well as some bespoke acoustic paneling to create an excellent, neutral acoustic environment. 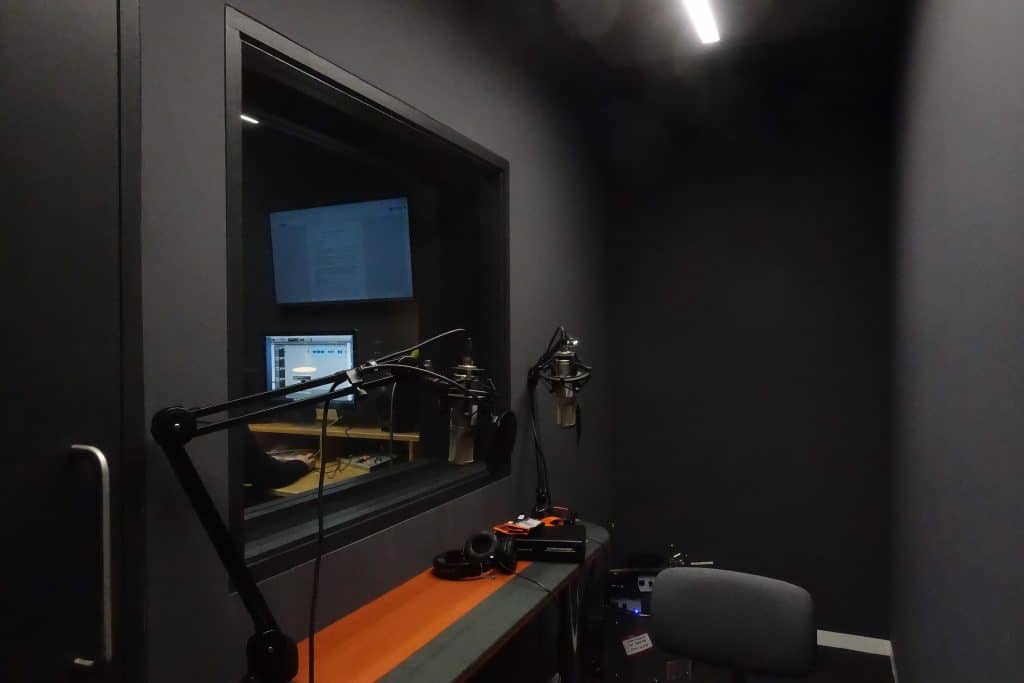 Result of the acoustic treatment

Sounded very good, compared to a similar space on an upper floor which not acoustically treated. There was significantly less reverb and a far more peaceful space to work in. 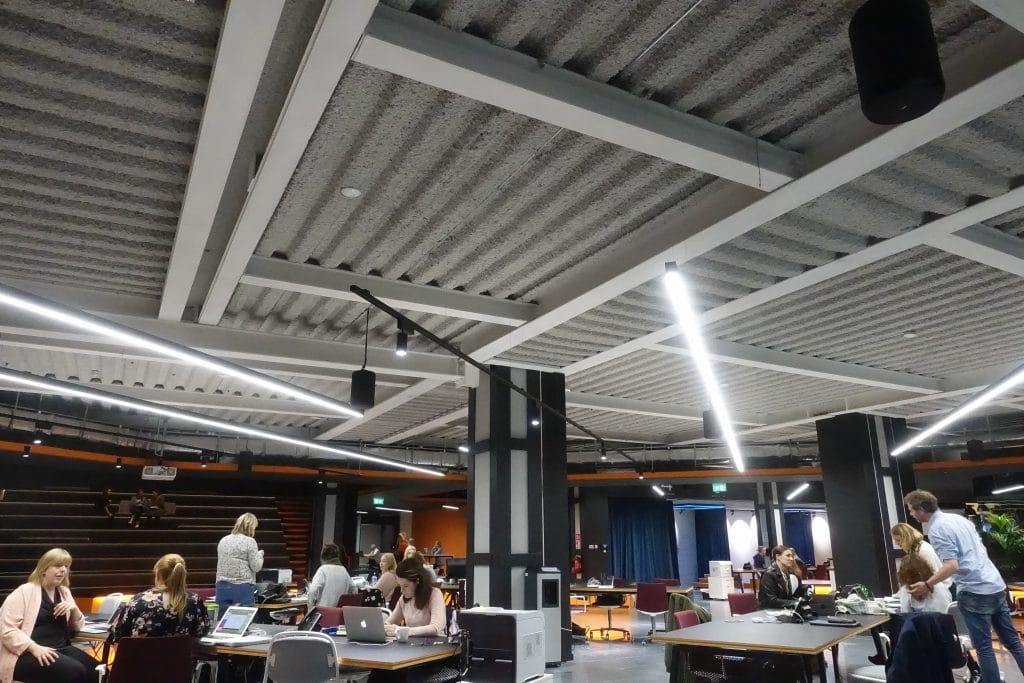